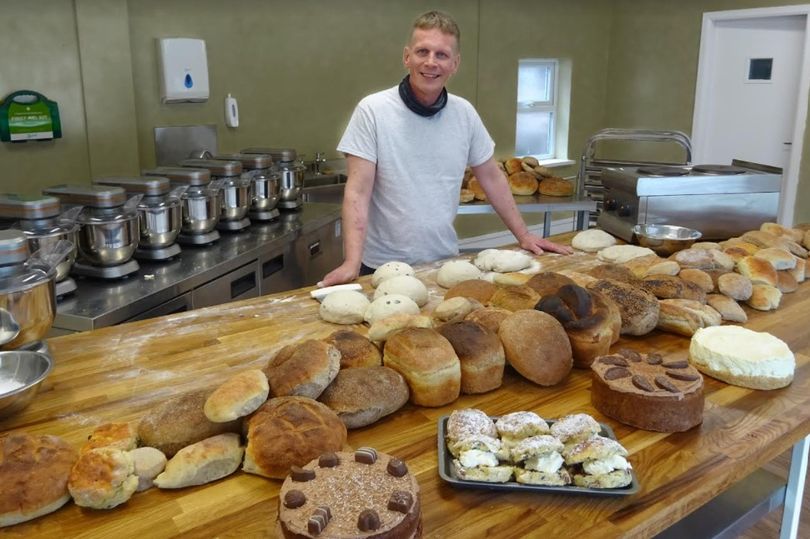 A baker in the English town of Guisborough, pop. 17k or thereabouts, is reviving an ancient tradition to help his neighbors endure high energy costs.

Thousands of years ago, societies built one oven in town where everyone went to bake their bread, and now Ed Hamilton-Trewhitt from Brickyard Bakery is offering to bake Christmas cakes for anyone worried about the energy costs of turning on the oven for several hours.

“At this time of year, there can be no greater expression of love than baking the family Christmas cake, but that is being lost because of the prohibitive energy costs in running an oven for a few hours,” said Baker Ed. “At Brickyard, we want to help by reviving a tradition lost to our community for centuries, the community oven.”

Anyone who has already prepared a cake can bring it to Brickyard Bakery on a Friday, and retrieve it baked and decorated the following Monday.

This is not Hamilton-Trewhitt’s first foray into good-deeding, as earlier in September, he realized the excess heat from his ovens could be used to create a community “warm lounge” for people without the means to heat their home continuously throughout the day.

SIMILAR: This Group Has Rerouted 250 Million Pounds of Food From Landfills to Feed People in Need

This small act of kindness brought the village baker international acclaim, as he reported on his Facebook.

He has also been offering pay-what-you-want cooking classes, which he described as “a tremendous success with lots of folk enjoying learning how to cook some cost effective tasty meals,” and some free hot tea or coffee to boot.

Local Sharon Bulmer remembered the tradition which Ed is trying to revive, commenting: “After the Baker had made his bread he allowed locals to bring their dishes to be cooked in the oven. Probably why we have so many casseroles etc.”

RELATED: Kindhearted Boy Used His Birthday Money to Start a Food Bank in His Garden Shed

Hamilton-Trewhitt has been interviewed for The Metro, the BBC, and on Radio 4, and has touched many with his actions.