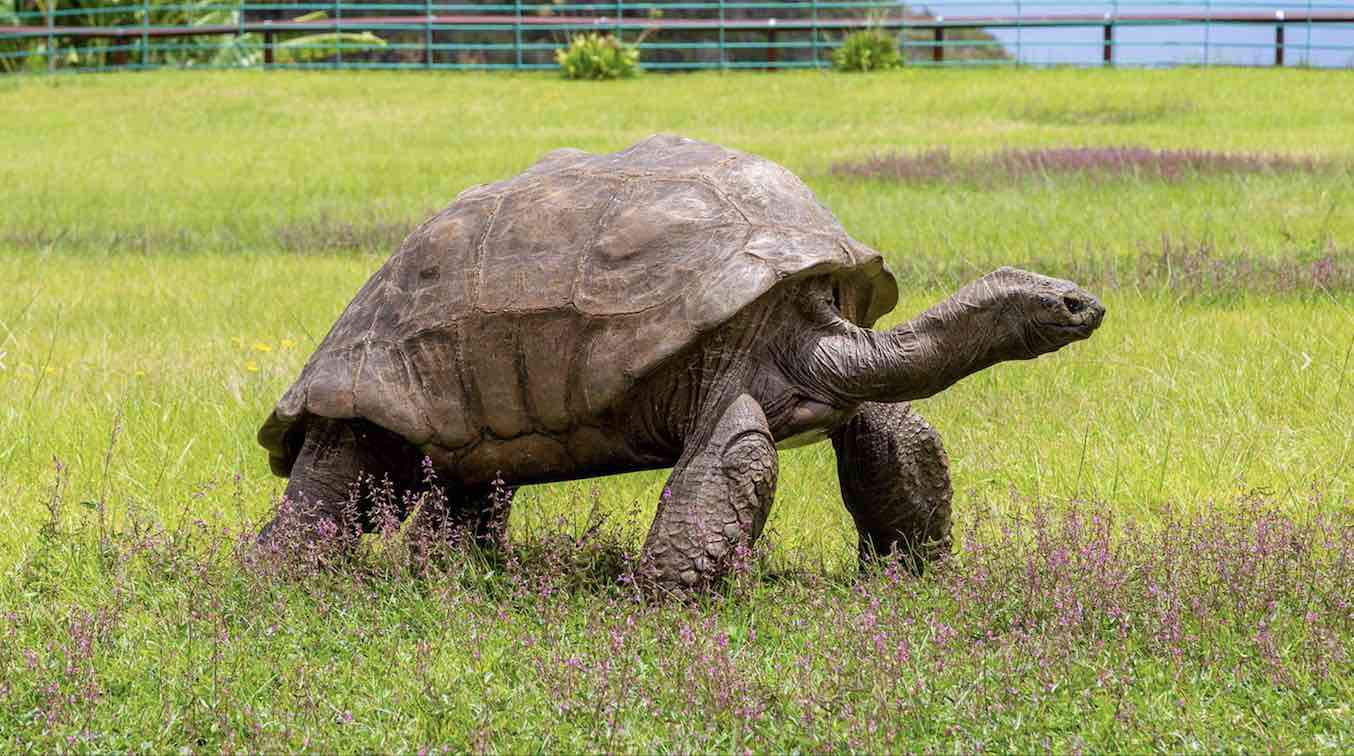 A tortoise which is the world’s oldest living land animal is celebrating its 190th birthday.

Jonathan was born nearly two centuries ago, in the early 1800s, which makes him not only the oldest tortoise ever recorded, but the oldest living land animal.

For 140 years, he has resided on the remote island of St. Helena situated in the midst of the South Atlantic Ocean, a 6-hour flight west from Johannesburg, South Africa.

Shell measurements taken upon his arrival to the island show that he was at least 50 years old at that time, and it is likely that he is even older.

Joe Hollins cared for the giant turtle during his decades as St. Helena’s resident veterinarian, and still does so now during his retirement.

“When you think, if he was hatched in 1832—the Georgian era—my goodness, the changes in the world.

“The World Wars, the rise and fall of the British Empire, the many governors, kings, and queens that have passed, it’s quite extraordinary. And he’s just been here, enjoying himself.

POPULAR: Cat Walks Across France to Their Old Home Before Being Reunited With ‘Stunned’ Owners 13 Months Later

“I do think he’s fabulous, actually. He’s a great animal. And as a vet, what greater privilege is there than to be looking after the oldest known living land animal in the world?

“I mean, how often does that happen—to be able to care for this magnificent animal?”

As a much loved member of his island community, and the most permanent resident, locals have thrown the lucky tortoise a three-day birthday party, where he can feast on all his favorite veggies throughout.”

Beginning on Friday, December 2, a range of posters celebrating Jonathan’s life, with pictures and messages from those who have visited him over the years, will be put on display at the grounds of his home, Plantation House.

Today, a series of activities honoring Jonathan’s big day are planned, including a big veggie feast that will be live streamed across the world on from Plantation House on St. Helena Tourism’s Facebook page.

To conclude the three-day festivities, Jonathan’s birthday will be celebrated at an open-air market at Plantation House on Sunday, with an animated video and song about Jonathon’s life will premiere.

Finally, Jonathan will be given his ‘birthday cake’, crafted entirely out of his favorite healthy foods—and to remember the occasion, a special stamp will be issued for sale.