The Galapagos Penguin, One of the World’s Rarest, Sees a Glimmer of Hope 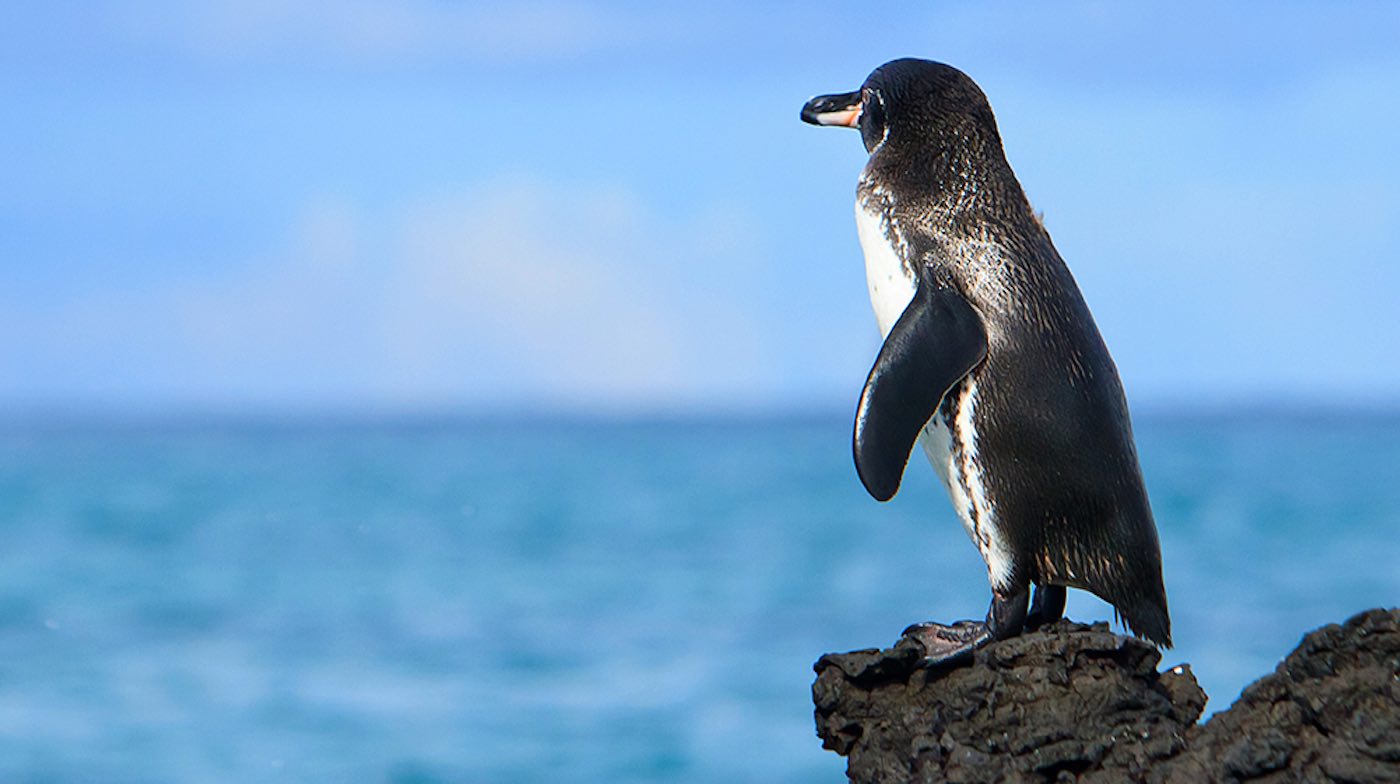 The Galapagos Islands are famous for their marine iguanas, their giant tortoises, and their seabirds, but they also host the world’s most northerly-dwelling penguin.

Even though their populations have suffered greatly from the influx of invasive species like feral cats, a determined conservation effort is seeing their numbers rebound.

No one quite knows why or how there are penguins on the Galapagos Islands. The working hypothesis, since they are closely related to Humboldt and Magellanic penguins from Africa, is that they caught an ocean current millions of years ago which brought them, somehow, all the way around Cape Horn and up to the Equator.

The Galapagos penguins, like their cousins from Africa, dwell in burrows under the ground, but with no soft soil or peat to dig them into, they have adapted to use the openings of extinct lava tubes from when the islands were formed.

These were also prime shelter spots for introduced predators on the islands, and so penguin expert and biologist P. Dee Boersma has been using light machinery to cut new burrows for the penguins into the black rock of the other islands where the burden of introduced predators is either less-severe or non-existent.

Boersma and her colleagues have dug a total of 120 of these sorts of nests as part of a conservation effort funded by National Geographic, the Galapagos Conservancy, and others. A population census shows they’re inhabited mostly by juveniles, which has Boersma hoping they are in fact recovering in a significant way.

“Nobody knew if Galapagos penguins were going to any of our constructed nests, but in fact they do use them,” Dr. Boersma explains in the video below, “and several of them have been used multiple times. So they’re laying eggs in them, they’re hatching them, and they’re fledging their chicks in them.”

At the moment they are found principally on Isabela and Fernandina islands, but also on Bartolome, where it’s not uncommon for people to end up swimming with them.

“As long as they have a lot of good-quality nests, then the population should build back up,” Boersma, who has been studying these animals for a half century, told Nat Geo.

WATCH more about these birds…

Give Viral Wings To This Wingless Birds’ Story On Social Media…