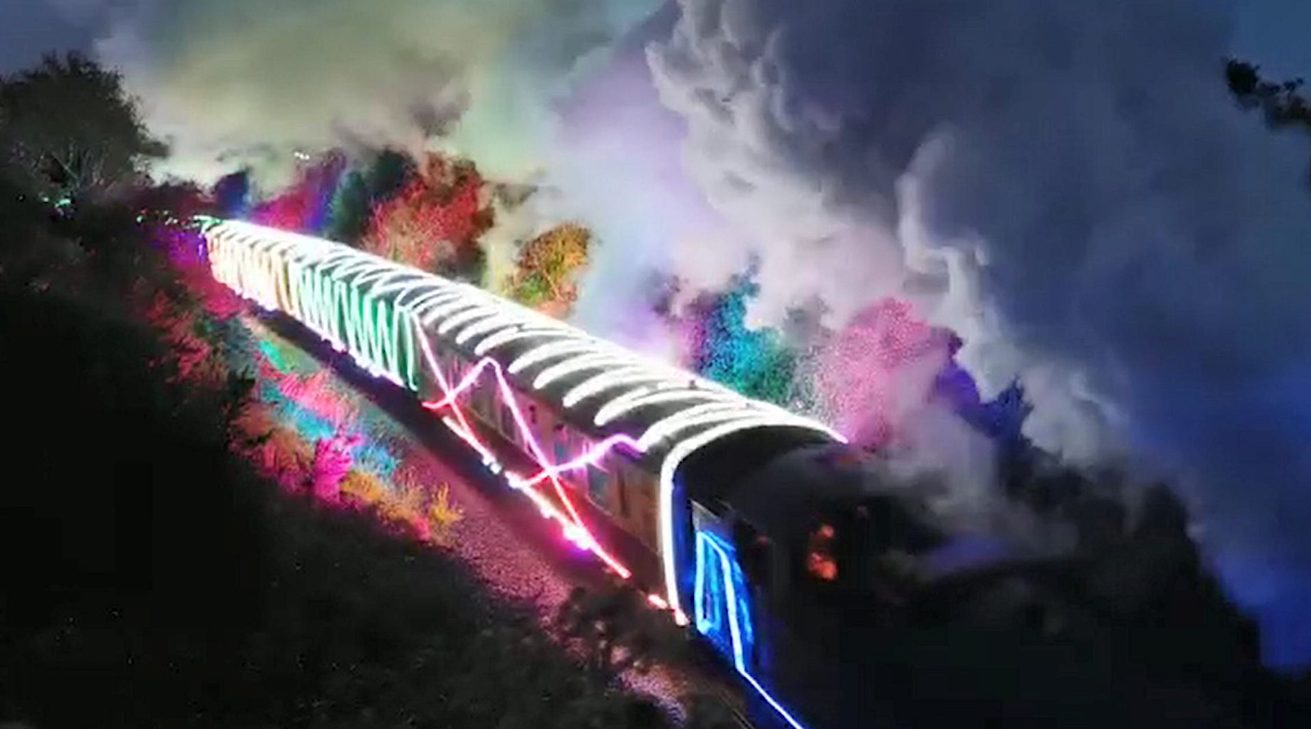 Enchanting footage captures a magical practice run for Dartmouth’s Train of Lights 2022 as it passes through the countryside.

Footage shows the Dartmouth steam railway train covered from front to back in vibrant LED lights to celebrate the imminent season of Saint Nicholas.

Professional photographer Scott Williams was joined by his three-year-old daughter Kerkyra to take in the scene from a bridge.

“We went to wait for the wonderful Train of Lights earlier this evening chuffing through Goodrington on its way down to Kingswear from Paignton,” said Williams.

“This was a practice run today before it’s open to the public this Friday for five weeks during the Christmas season. It was so magical watching if puff along this beautiful stretch of coast twinkling along the way.”

Scott shot the footage from a railway bridge in Goodrington, near Paignton.

The Train of Lights 2022 illuminated journey starts at Queen’s Park Station and features vintage carriages decorated with thousands of lights, both inside and out.

Its journey take in the 450-meter Greenway tunnel that “leads you to the enchanted forest which will be transformed by a multitude of lights”.

LOOK: Wes Anderson Designed a Luxury Train Car – and It Looks Like Something Out of His Movies

The stunning show ends as you leave the forest to be greeted by the twinkling lights of Dartmouth reflected on the river Dart. After a turnaround at Kingswear station and with the opportunity to disembark and take photographs from the platform, you will be on your way back to Paignton to experience the spectacle from a different direction.​

Tickets are very reasonably priced, with a price of £85,00 for a family of five.

Watch the practice run to get in the Holiday spirit…