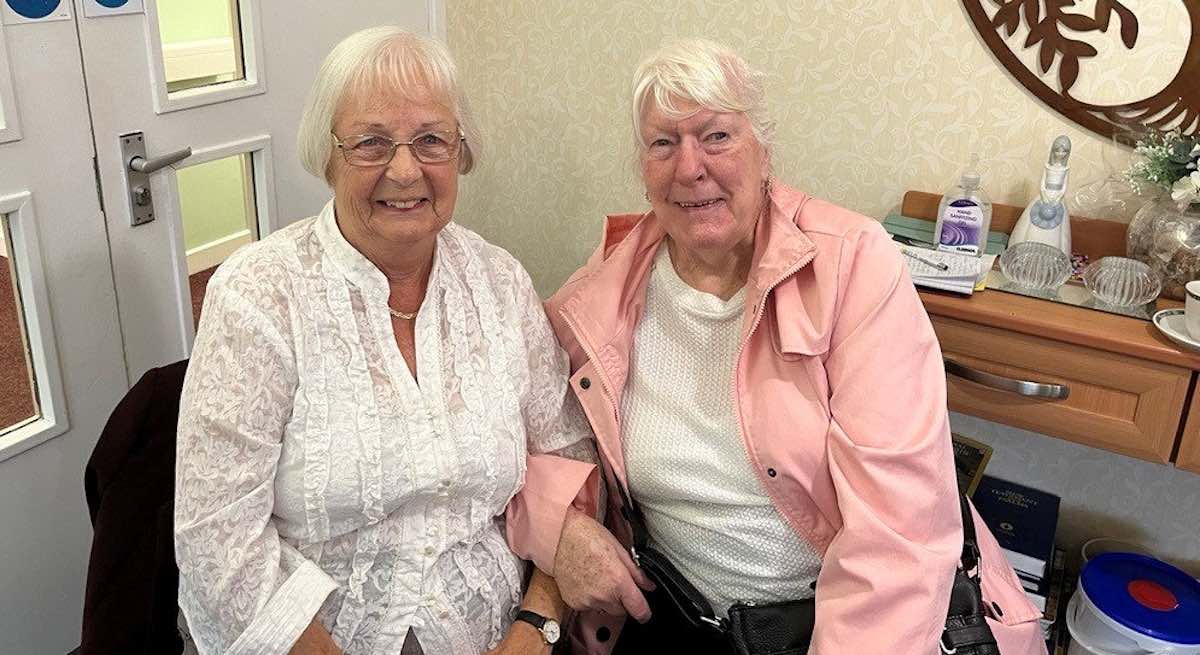 Two childhood best friends who were ‘joined at the hip’ as kids were reunited over a half-century later—when they least expected it.

Irene Gresty and Janet Henderson were neighbors in the 1940s, growing up in Linlithgow, West Lothian, England, but, like so many friendships, they lost touch over the years.

Irene got married and moved away with her husband who was in the Navy and got shipped around to places like Singapore.

She wanted to retire closer to her family, so she moved back—and had been living for three years very close to Janet without knowing it.

Now 80-years-old, the pair ran into each other at an event organized at the Bield senior home, and Irene said her heart skipped a beat when she saw her long-lost pal.

“We knew immediately who each other were.

“We sat down beside each other and she turned to me and said, ‘Is that you Irene?’ and I just laughed and said, ‘Yes Janet’!

“She said her mind was made up that it was me—and I’m very glad she said something as the last time we seen each other was a long time ago.

“I can’t believe my luck that it happened, I was delighted to have seen her again.”

POPULAR: Holocaust Survivors Reunite in Florida After a Labor Camp Friendship was Broken 80 Years Ago

The two women vowed to never let it go that long again without seeing each other and spent all afternoon catching up.

“We have many fond memories of sticking up for each other and playing in the park.”

“I hadn’t thought anything of it when someone told me Irene Gresty had moved back to the area as I didn’t recognize her married name,” Janet recalled. “So when I saw her at the event it was pretty surreal.

“We exchanged numbers so I’m really looking forward to meeting up in the future, we have many years to catch up on.”

CHECK OUT: Heartwarming Annual Pen-pal Relationship With Santa Began When She Got a Gift From Him at Burning Man

Tracey Howatt, Director of Customer Experience at Bield, said: “We often have friends reuniting after not seeing each other for a long period of time, but I don’t think we have ever had anything like this before.

“It’s lovely for the two ladies to reunite and it just shows, you never know when you’ll bump into an old friend again.”

SHARE the Good Fortune With Old Friends on Social Media…