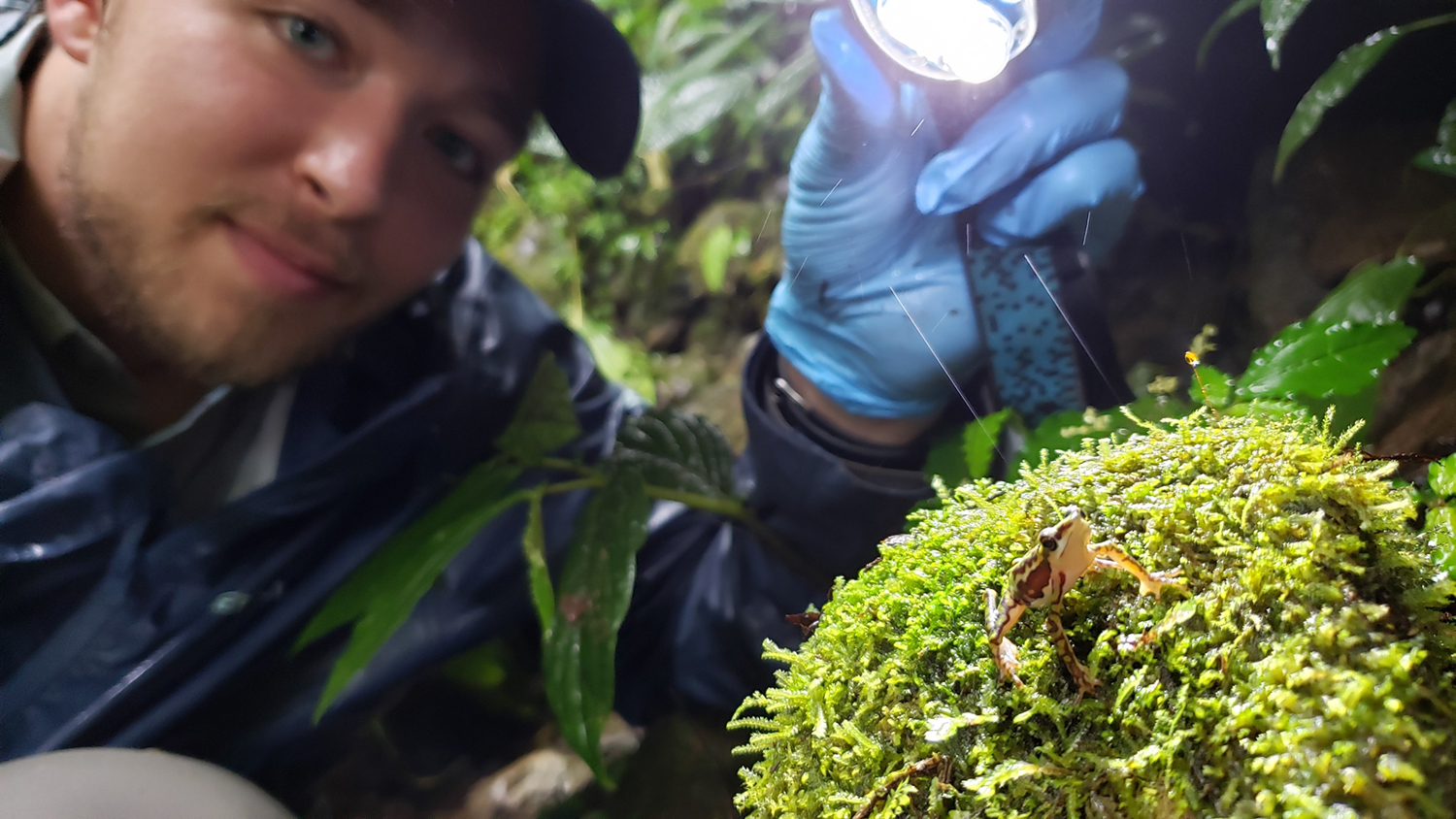 In one of the most biodiverse countries on Earth, ecologists have found 32 species of the ever-divergent Harlequin frog, all of which were thought to be extinct.

It’s one of the largest cataloged rediscoveries of animals in the history of science, and has shown that there is still plenty of hope these amphibian “gems” can survive long-term.

The work was led by young Kyle Jaynes, a Michigan State University doctoral student in the Department of Integrative Biology, who secured a National Geographic grant in 2019 to investigate sightings of these frogs which had been presumed or declared extinct.

Jaynes and his colleagues traveled to five different sites in Ecuador to look for them. Upon finding one, they would take saliva and skin swab samples to look for a kind of fungal parasite that has been decimating these frogs.

Batrachochytrium dendrobatidis, or Bd, is a fungus that has affected amphibians broadly. It’s been estimated that more than 80% of harlequin frog species may have gone extinct because of Bd.

“In total, 87 species have been missing,” Jaynes told his university press. “To date, 32 of those once-missing species—that’s 37 percent—have been rediscovered over the last two decades. This is a shocking number.”

Through examining the collected DNA, the team gleaned information about the genetic diversity of the frogs. They found differences between the species that had not been seen for longer versus shorter periods of time—observations that could be useful in developing strategies to conserve and protect rediscovered species.

Invaluable assistance was rendered by Ecuadorian scientists from a variety of institutions, as well as indigenous people in the regions Jaynes visited, for whom some of the frogs were never “lost.”

“It was only missing to scientists,” Jaynes said. “It was never missing to Indigenous people. They were protecting it.”

The team conclude that rediscovery does not equal recovery, but with the appreciation of these frogs by the locals, and their resilience in the face of an epidemic, decline and doom is far from inevitable, as some news outlets would report.