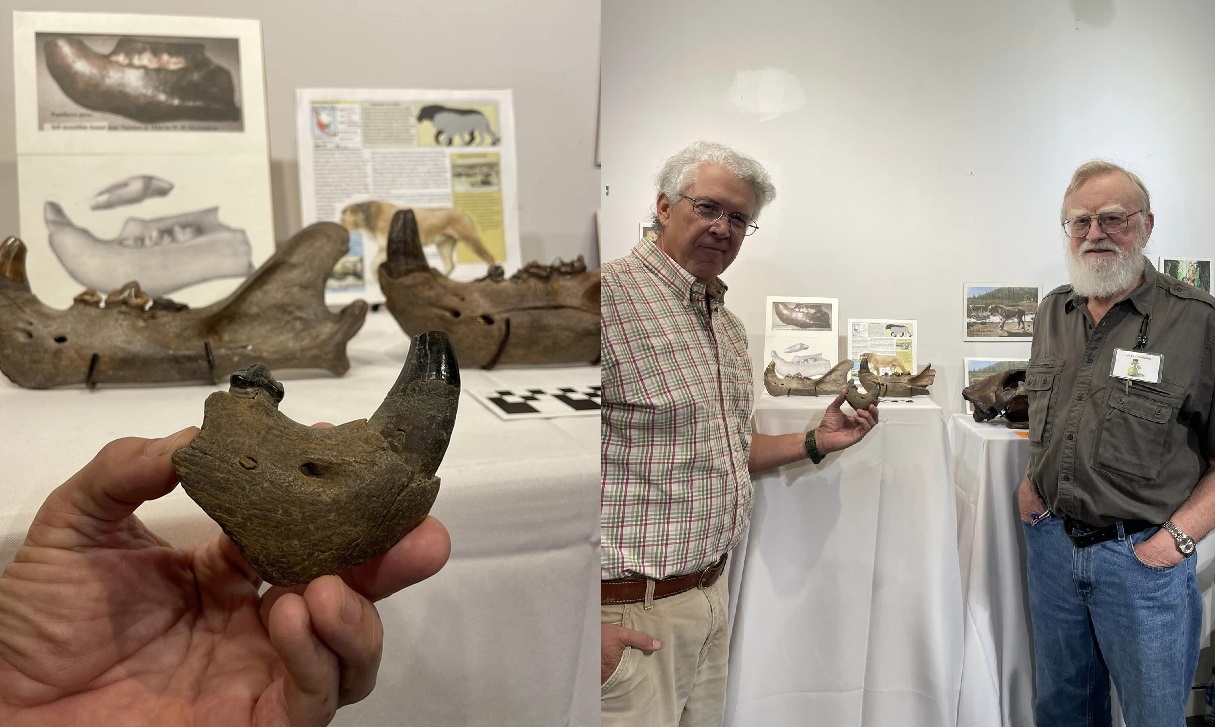 Locals are discovering all kinds of weird things preserved in the mud of a drought-stricken Mississippi River, but the mandible and canine of an extinct American lion may be the most astonishing.

In October, Wiley Prewitt found something black sticking out of a sandbar on a stretch of the mighty river in Rosedale, near the Arkansas border. He imagined it to belonged to a carnivore—plant eaters could never need something so pointy—and took it to a Mississippi Fossil Artifact Symposium & Exhibition event that was happening nearby.

Almost all animals iconic to Africa’s wild savannahs today once lived in North America. There were rhinos, mastadons, giant ungulates, and yes, lions. Panthera atrox has been extinct for 11,000 years, but would have looked pretty much the same as African lions today.

When Prewitt entered the Symposium with his find, he must have been shocked to find that one of the exhibitions was on nothing other than the American lion.

Just 3 fossils of the great beast have been found in Mississippi, but when George Phillips, curator of paleontology at the Mississippi Museum of Natural Science, saw Prewitt’s discovery, it was “one of those true moments where you blink a couple of times, because you can’t believe your eyes.”

“This fossil is so rare, that any information learned from it will help us understand so much more about this animal, not just as a species and but about its role in the Mississippi River alluvial plain habitat during the Pleistocene,” said George Starnes, a state-employed geologist, who called the fossil “the biggest of deals.”

The American lion may have reached 1,000 pounds, stood 4-feet at the shoulder and reached 8-feet in length. Whether it had a mane like lions of today is not known as all remains of this animal, much less any continaing hair and skin, are extremely rare.

Other finds have turned up in a shallow Mississippi River of late, including the remains of a riverboat casino, and a 100-year-old ferry, beautifully preserved in the silt.

SHARE This Double-Stroke Of Luck Down South With Your Friends…