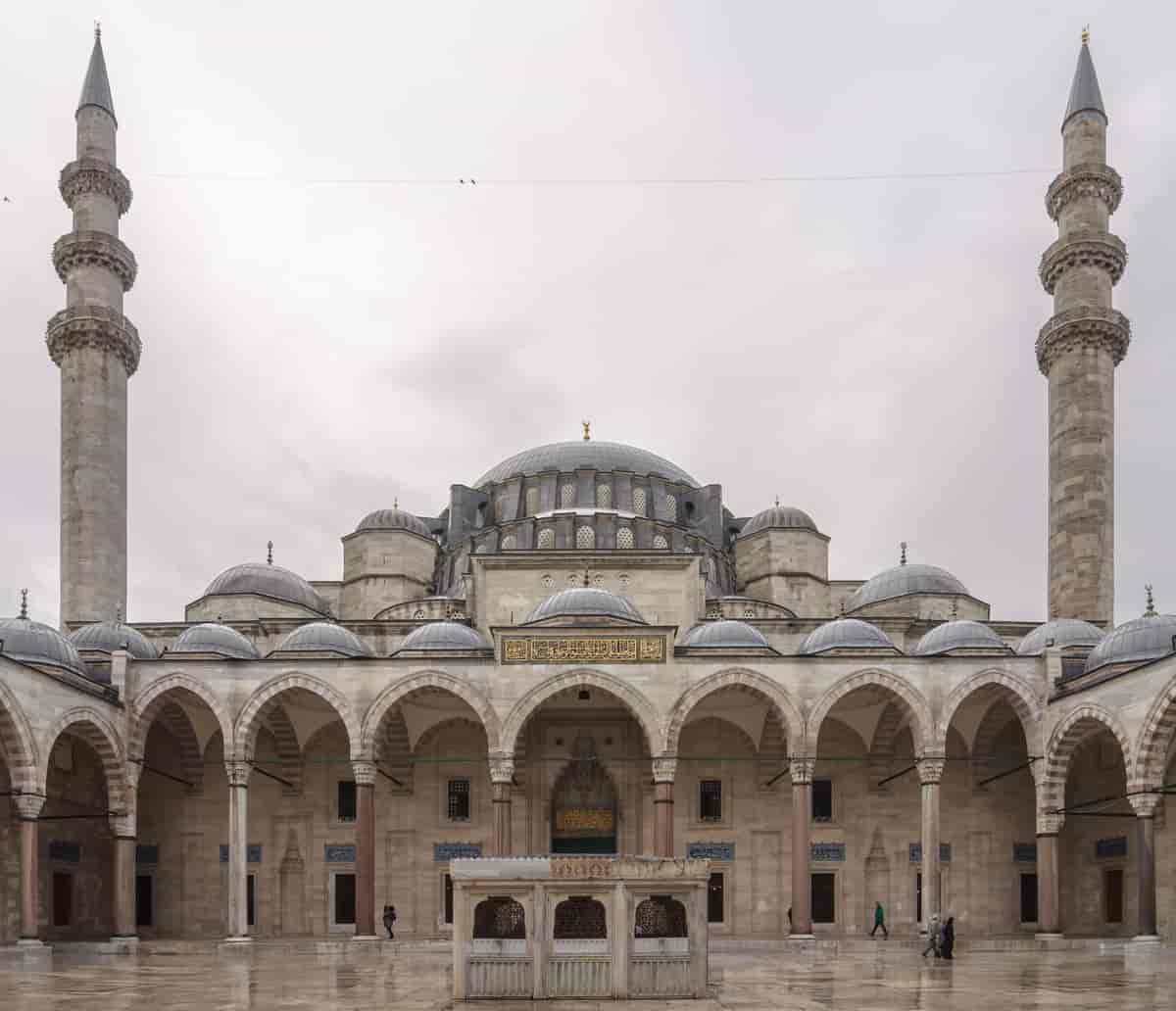 448 years ago today, the Selimiye Imperial Mosque opened in Edirne during the Ottoman Empire. Built by one of the most famous Islamic architects in history, Mimar Sinan, the building is considered among the highest achievements in Islamic architecture, and is listed as a UNESCO World Heritage Site. So impeccable was its design that during WW1, the dome was struck, more than 300 years after it was built, by a Bulgarian artilery barage, and survived with minimal damage. READ more… (1574)

The mosque is widely regarded as Sinan’s crowning masterpiece, and Sinan himself regarded it as best among the 77 mosques built in his life. The main building consists of two equal parts: a rectangular courtyard and a rectangular prayer hall, each measuring about 197 by 144 ft. Everything about the courtyard is designed to facilitate views of the spectacular dome—even the marble shadirvan or ablutions fountain lacks the traditional canopy for what is believed to be this reason.

The prayer hall’s interior is notable for being completely dominated by a single massive dome, whose view is unimpeded by the structural elements seen in other large domed mosques before this. This design is the culmination of Sinan’s spatial experiments, making use of the “octagonal baldaquin” design he had experimented with earlier. In this design the main dome is supported by a system of eight pillars incised in a rectangular shell of walls. This was the most effective available method of integrating the round dome with the rectangular hall below while minimizing the space occupied by the supporting elements of the dome.

Another of Sinan’s primary objectives was to surpass the size of the Hagia Sophia’s central dome, allegedly motivated by Christian architects who claimed that Muslims were not capable of matching the construction of that dome. Sinan’s biographies praise the dome of the Selimiye Mosque for its size and height, which is approximately the same diameter as the Hagia Sophia’s main dome and slightly higher; the first time that this had been achieved in Ottoman architecture.

MORE Good News on this Day:

Happy Birthday to Bill Nye “The Science Guy” who turns 67 today. Nye, a science educator, comedian, and author is best known as the host of the PBS children’s science show, Bill Nye the Science Guy.

After university studies at Cornell, the DC-born mechanical engineer, who wanted to be an astronaut, got his start at Boeing where, among other things, he starred in training films and developed a hydraulic pressure resonance suppressor for the renown Boeing 747. Check out his book, Unstoppable: Harnessing Science to Change the World and WATCH the scientist, who always wears a bow tie, explain how he became The Science Guy… (1955)

Happy Birthday to Caroline Kennedy who turns 65 today. She was 3-years-old when her father, John F. Kennedy, became president. One of the many adorable photos of her in the White House inspired Neil Diamond to write his hit song, Sweet Caroline. She studied photography and the arts, and while working at the Metropolitan Museum of Art in the 80s, met exhibit designer Ed Schlossberg, her future husband. They’ve raised three children during their 33 year marriage: Rose, Tatiana, and Jack. 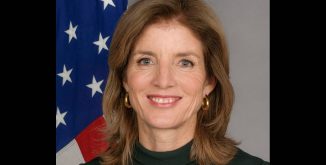 She also became an attorney, spent time on education reform and charitable work, and has co-authored two books on civil liberties, and edited several poetry books. In the early 2000s, she helped raise more than $65 million in private money for the New York City public schools. She is also the author of A Family Christmas, a collection of poems, prose, and personal notes from her family history, She served as the US Ambassador to Japan for President Obama from 2013 to 2017— see a sweet GNN story from her tenure. (1957) 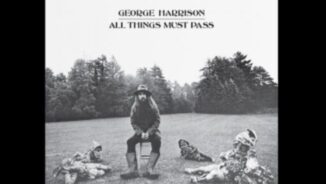 Joined by Eric Clapton, Ringo Starr and others, the LP featured Harrison’s signature slide guitar sound and his deeply spiritual themes, The chart-topping music was certified six times platinum and became the most successful album ever released by an ex-Beatle. LISTEN to the solemnly satisfying title track… (1970)