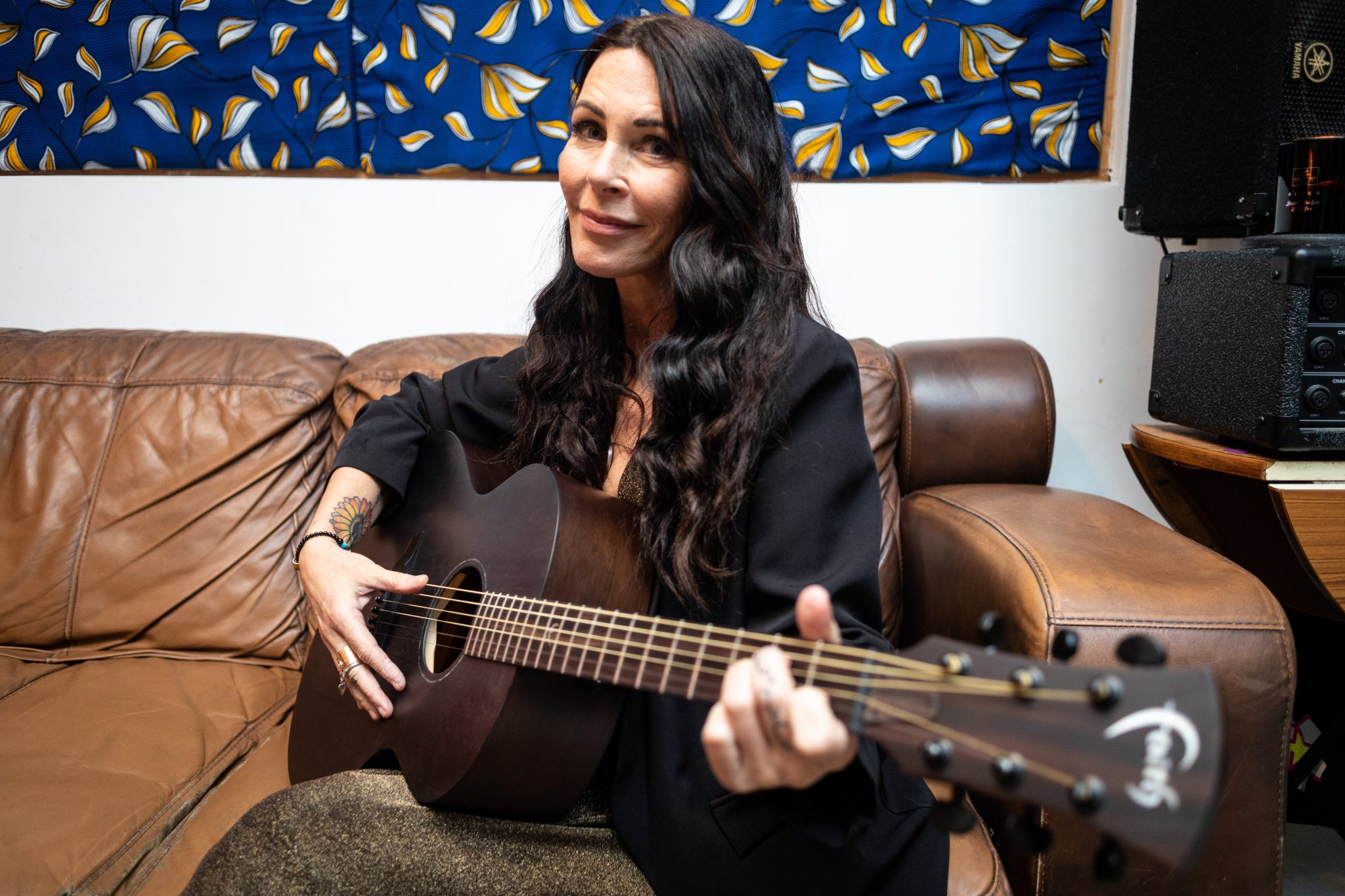 A woman has found a new career in her 60s as a chart-topping musician just 2 years after teaching herself the guitar in lockdown.

Kym Vincenti has since signed with a label and released three singles, one of which topped the blues charts on Apple Music.

Vincenti had never picked up the instrument before April 2020, but after her ex-boyfriend left a guitar lying around, she decided to give it a pluck.

“To have a career in music so late in life has been so unexpected, but I’m loving every minute of it,” says Vincenti. “Like millions of others in the country, I was at a loose end during lockdown so I decided to try my hand at music.”

As the months progressed, and she became more confident with the instrument, Vincenti began writing her own music and adding lyrics to go with it.

She uploaded clips of herself performing to social media, sharing them with friends and family—and their positive feedback inspired her to dedicate more time to making music.

“I had been playing on and off for two years, when Dutch Van Spall contacted me,” she remembers. Van Spall runs Big Help Music, a small studio in Warwickshire, England.

READ ALSO: Plumber Has Landed Record Deal After Music Mogul Heard Him Singing –While He Fitted His Bathroom

“He was an acquiantance of mine with his own record label, and when I played him some clips he invited me up to his record studio. We recorded one of my songs in the studio, and he offered me a record deal there and then; I couldn’t quite believe it.”

She has since released music across multiple platforms including Apple Music, Spotify, YouTube, Soundcloud and Amazon Music.

Her songs have been streamed by thousands of users and she hopes to make a career out of it in the future when she reaches enough streams across all platforms.

Her next song Let Him Go will be out on all platforms on December 9th.

SIMILAR: Man Taught Himself to Play the Trumpet Solely So He Could Play Taps for Fallen Soldiers

“Since I released my debut single in August I’ve been releasing one song every six weeks or so,” said Vincenti. “My first song got in to the top 20 on Apple Music in the country chart, and my second in the top ten on the jazz chart.”

“The last few months have been a whirlwind of a journey, and launching a new career at this age feels strange for sure, but I’m just taking it slowly and enjoying recording songs and working on new projects,” she said.